Varifocals, what they are, how do they work?

This is one of the things we always get asked. Quite often, people have heard of them but they don't really know what they do. They don't understand how they work. Some of the commonest questions that we do get are about varifocals, so we'll go through that to try to help get an understanding.

Now, I'm actually wearing varifocals and my lenses look normal, there's no little line across. The old fashioned bifocal is the one with a line. The main difference is that you've got two areas of vision in the bifocal. You've got your distance vision, and then you've got your line and your little segment which has the close vision, and you've got that missing bit in the middle. They call it the jeweler's window effect, where if you wanted to see the price of something in a jeweler's window but it's at the back of the display and you try to look through the bottom of your bifocal but the focus too close to see that far away but then you can't see it with the top of the lens because it's too close to see with the top part - the varifocal fills that gap, as it were. Here is how.

A varifocal gradually changes the power from the top by the pupils, all the way down to the very bottom of the lens, which has got the strongest reading power. You've got the power there for every distance away from you. You've got your close reading. You've got your middle distances for computers, laptops, looking in a jeweler's window and all the way out to the far distance.

So that all sounds great, but there are a few issues with varifocals that you need to be aware of. The way it works, as the power changes down the lens, we've got to change that curve in the lens to create a different power. All lenses power,  including spectacle lenses, are down to the material that's used to make the lens based on how much it bends the light and the curves on that lens. We have to change the curve down the lens to create a different power, which sounds great. But, actually, physics doesn't like that. Physics says, "No, definitely not." That will actually just create a massive blur, a big distortion. All varifocals have the distortion pushed out to the sides. That's the design of the lens. We make a big deal about the lens design. What have they done to that lens to improve the areas of clear vision and reduce the distorted areas? That's what we talk about when we talk about lens design and that is the critical thing about varifocals, is the design of the lens.

Some people who already wear varifocals will probably know there's not just a varifocal. If there was one perfect varifocal, that would be wonderful. All opticians could offer you the same great varifocal but there is not. There are hundreds of varifocals available on the market, probably thousands actually, because as technology changes, the lenses improve. The easiest way to sort of show you about the differences in design is to show you a picture. Have a look at the examples below -  this is a simple way of showing you how these things work. On the right is a more basic varifocal. The red areas show you where the distortion or blur will be. So with the more basic varifocal you've got more distorted area and a very narrow sort of corridor of clear vision through that. So that's a more basic lens design. That's an entry level lens.

Then we've got our mid range lenses in the middle. And as you can probably see from that picture, you've got less distortion and a wider area of clear vision all the way through the lens. And then you've got more of a top of the range, a more technologically advanced design, where you've got even less areas of distortion and even wider areas of clear vision. Not all varifocals are equal, unfortunately, and not all varifocals between each optician are the same. When you're talking about varifocals, you want to know the design. What have they done to minimize the distortions in that? How good is that design? When was it released? Is it a new design? Are we looking at a design that's 10 or 20 years old? Are we looking at something that's a year or two old?

Our best selling varifocal is actually the ARC Steady on the left of the picture. It's made here in the UK, and it is actually an award-winning lens. When that was released in 2018, it instantly won an award for lens product of the year. It was voted by the industry as being one of the best, essentially. And the results we get from that are absolutely amazing. We do now also have even more advanced bespoke varifocal options available from Tokai which is what I wear, I wear them all day, every day. And I  absolutely love them. Think they're fantastic. They have the least distortion that I have ever experienced in a varifocal.

That gives you a little bit of insight into varifocals. We also have some information on the problems that people have with varifocals. We don't shy away from that here at the Village Optician, because some people, they do have problems with varifocals. It's how your brain deals with those different areas and those distorted areas. But to give yourself the best opportunity to get on with a varifocal, you want to be choosing the best design, i.e., the one that minimizes the distortion and the one that gives you the widest and clearest areas of vision. To find out even more download our Varifocal Buyers Guide. 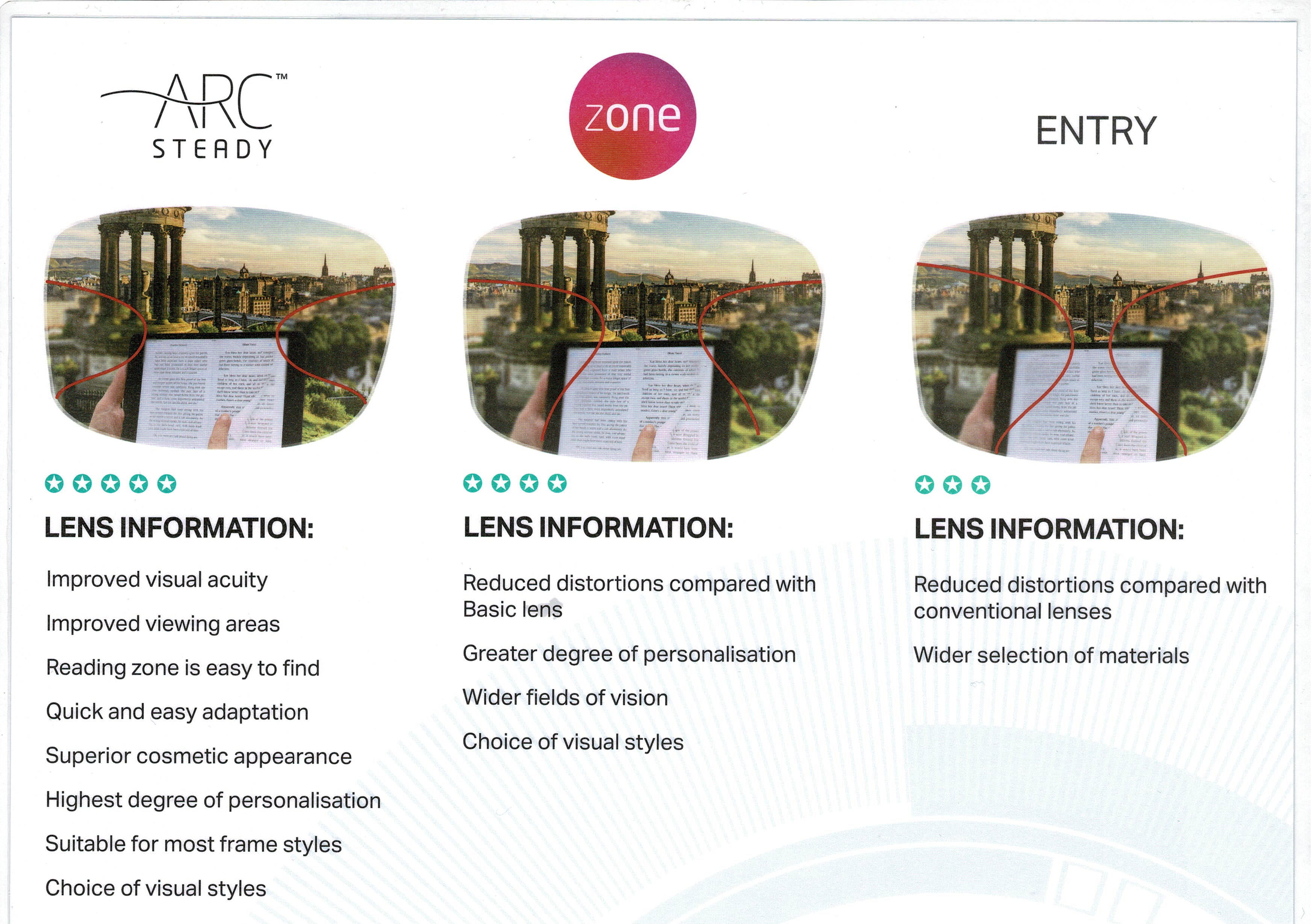